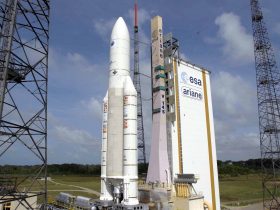 An ability to launch Russian payloads from a Russian launch site using an all-Russian rocket was an important aspect of the Angara development.  The powerful Zenit launcher is partially manufactured in Ukraine.  Krunichev’s Proton only flies from Baikonur Cosmodrome in Kazakhstan.  Angara will be built in Russia and will fly from Russia’s Plestesk Northern Cosmodrome.

A desire to replace toxic hypergolic propellants with less hazardous, less polluting kerosene and liquid oxygen (LOX) was also a factor, especially after a series of Proton failures caused ecological damage in Kazakhstan.

Angara’s first stage will be built around basic “Universal Rocket Module” (URM) building blocks, with each block powered by a single-chamber 196 tonne thrust RD-191 LOX/kerosene engine.  RD-191 is derived from the four-chamber Energomash RD-171 engine that powers the Zenit launcher.

The smallest Angara variants (Angara 1.1 and Angara 1.2) will use one URM.  The most powerful variant, Angara 5, will use a cluster of five URMs.  A medium Angara 3 launcher using three URMs is also possible, but may not be immediately developed in the wake of Lockheed Martin’s sale of its International Launch Services (ILS) consortium share.  ILS was reportedly interested in Angara 3, but the R-7 Soyuz system can already handle payloads in that range for Russian needs.

Angara will adapt several existing Russian space systems for its own use.  A 30 tonne thrust LOX/kerosene RD-0124 engine will power the second stage of all but the smallest Angara version.  This staged-combustion engine has already been developed to power the upgraded Soyuz-2 third stage.    Briz-KM, developed for use on Rokot, will serve as the Angara 1.1 second stage and as the third stage for Angara 1.2.  The Briz-M stage previously developed to fly atop Proton-M boosters will serve as the upper stage for the Angara 3 and 5 vehicles.  The Rokot payload fairing will be used by Angara 1.1.  Angara 3 and 5 will use Proton payload fairings.

Future plans call for development of a liquid hydrogen fueled “KVRB” upper stage for Angara 5.  This stage would be powered by a single 10.5 tonne thrust KVD1M3 engine with a 461 sec specific impulse.

Normal Angara 3 and 5 launch profiles would involve keeping the core URM engine throttled back so that the strap on URMs would deplete their propellant first, about four minutes after liftoff.  The core URM would then burn for another 89 to 111 seconds.

Payload capabilities will extend from 2 metric tons (tonnes) to a 200 km x 63 deg low earth orbit (LEO) for Angara 1.1 to 24.5 tonnes for Angara 5 when launched from Plesetsk.  Angara 5 will be able to boost 5.4 tonnes to geosynchronous transfer orbit (GTO) from Plesetsk with a Briz M upper stage.  Use of the KVRB stage would improve GTO performance to 6.6 tonnes.

Angara will initially fly from Plesetsk, 800 km north of Moscow at 62.7 degrees North latitude, using a new “Area 35” launch site built atop an unfinished Zenit complex that was abandoned after the fall of the Soviet Union.  In the future, Angara may also fly from Baikonur, a lower latitude launch site that would allow heavier payloads to be orbited, especially to geosynchronous orbit.

Construction work on the Plesetsk pad resumed during the early 2000s.  In July 2006, the massive Angara launch platform was delivered in pieces to Plesetsk.  The 14 by 14 meter by 5 meter tall launch table weighed 1,185 tonnes.  Like other Russian launchers, Angara will be horizontally processing using rail-based transporter-erectors.   Unlike other Russian launchers, payload/launch vehicle integration for Angara 1.1 and 1.2 will be performed at the launch pad.  Launch pad payload integration might also be performed during some Angara 3 and 5 campaigns.

In 2004, Russia and Kazakhstan agreed to develop an Angara launch site at Baikonur.  A joint development project named “Bayterek” was set up to build the launch site.  A mothballed Proton pad at Baikonur’s Site 200 Pad 40 was originally considered for the project, but according to some reports Site 250, the abandoned Energia launch pad, may be used instead.  A Baikonur pad would not be available until several years after flights from Plesetsk begin.

Angara development began in 1994, when Krunichev beat Energia in a competition to build the new launcher.  Development proceeded slowly until 2001, when NPO Energomash performed the first test-firing of an RD-191 engine.  By October 2006, ten RD-191 tests had been performed.  Engine development was scheduled to be completed in 2009.

In August 2006, Roskosmos officials announced that the first Angara test flight was planned to occur in 2010 or 2011.   The first test launch would be performed by an Angara 1.1 from Plesetsk.

Also in August 2006, Khrunichev and PO Polyot agreed to build Angara booster stages at the PO Polyot facility in Omsk, Russia, where Kosmos 3M and Rokot launchers had been assembled.  As part of the agreement, PO Polyot would merge with Khrunichev.   Other work would presumably be performed at Krunichev State Research and Production Space Center in Moscow where Proton assembly currently takes place. 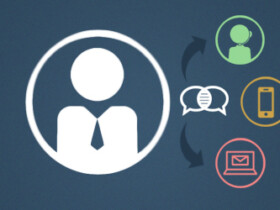