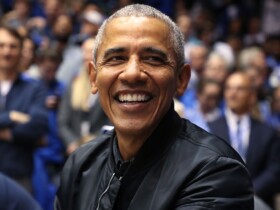 The Great Depression has reached Detroit. The average price of a home is now $18,513 and unemployment has reached 21%, and it’s expected to get worse. Detroit is facing a crisis of epic proportions that officially puts Detroit statistically (and real term) on par with the great depression. Many readers of Tribble Ad Agency are advertising centric.. and due to the rash of layoffs within all Detroit Advertising firms has put the city on the map for the wrong reasons.

It has become the center of all that is wrong with America… and nothing of what is right.

For example, the crime rate has fallen…. because of lack of targets within the city. Meaning there is nothing left to steal. In fact, even the criminals don’t want to leave jail.

Heard confirmed that some offenders, notably those without homes of their own, were now expressing reluctance to leave jail when their sentences were done.

Home values have plummeted to levels not seen in 1/2 a century… and the 21% unemployment has in some cases been projected to double within 12 months if the auto industry totally collapses.

To make matters even worse, Detroit has superseded New Orleans as the “worst city” in America…. but New Orleans had a Hurricane they could assign blame to… Detroit has no such natural disaster crutch.

“It’s a depression — not a recession,” McDuell said, with the authority of someone who has lived through both. “It will get worse before it gets better.”

Regarding a local food bank in Detroit that has seen record numbers of individuals entering the system:

“Many people are first-timers — they have no idea how to navigate the system, how to qualify for food stamps,” Wells said. “Last year, some were donors — now they’re clients.”

In short, last year they donated money into the system… now they are feeding from it because they themselves are in hard financial times.

Detroit needs a miracle, the chances of it showing a resurgence is slim to none in the current economic outlook.

EDIT Saturday December 27th — do to a flood of nearly 400 comments, commenting has been shut down for this thread. It’s not that we don’t like free speech… but speech that focuses on Religion, Color and other non-advertising issues are well beyond the scope of this news outlet for Advertising Agencies.

The reason we covered and researched this story was due to the rash of layoffs in Detroit within the Advertising Agency business, as many of these agencies depended on the Auto industry for their income.

We suggest any comments beyond the scope of advertising go to a free speech forum, such as sqlspace.com