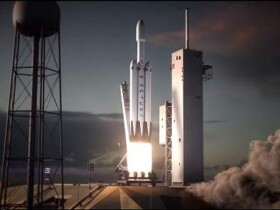 Four graphite vanes extend into the exhaust of the four fixed thrust chambers to provide steering.

The rocket uses an upgraded second stage with an RD-219 (11D49) fixed, restartable main engine and a secondary low-thrust on-orbit propulsion system consisting of four steerable thrusters. This feature allows the vehicle to maneuver while releasing multiple satellites during a single mission. The four steering thrusters are fed from two side tanks mounted on the exterior of the stage.

Orbital and suborbital R-14 launches boosted BOR space plane tests during the 1980s for the Soviet space shuttle development effort. Other suborbital R-14 missions were performed for the “Vertikal” scientific research program during the 1970s and 1980s. The United Start consortium has marketed Soyuz 3M for commercial missions since the 1990s.

Kosmos 3 ranks third among world space launchers with nearly 450 orbital attempts, trailing only R-7 and Thor/Delta. From a peak of 29 launches in 1977, the Kosmos 3M flight rate has declined to an average of 2-3 per year since the mid-1990s. Launch vehicle production was stopped in 1995, but production capability was retained. Stockpiled rockets have reportedly performed subsequent launches.

Kosmos 3 is the only launch vehicle to have operated from all three of the former Soviet launch sites at Baikonur, Plesetsk, and Kapustin Yar. Kosmos 3M currently flies from one of two pads at Plestesk Site 132 and, less frequently, from Kapustin Yar Site 107. Kosmos 3M last flew from Plestesk Site 133 in 1994, a site now used for Rockot launches.

Kosmos 3M is integrated with its payload in a processing building and transported horizontally to its launch pad on a railroad carrier. The rocket and its carrier are erected at the pad about two days before launch.