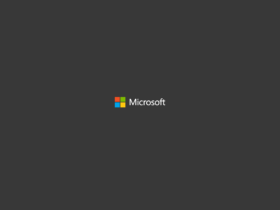 97% of our Microsoft Employee visitors come in from Google search

The ranking will be published as a top 10 in terms of SEO ability for them and their clients.

Each month their will be a review of the top ten firms and rank them accordingly to generally accepted Google Guidelines and compliance with industry practices.

It’s strongly suggested that the creative client site be submitted to us prior, so we judge a site that you want us to judge rather than us picking one. If it’s questionable that the site was designed by the agency (meaning that there is no public press release or other form of verification) then the Advertising Agency in question’s main site will be profiled. In this case, it’s very unlikely that any of the larger firms would get favorable review with industry norm of a single .swf file being the entire site.

We suggest the creatives be sent prior to December 31st 2007 in order to be evaluated on the site you want or risk being defaulted to the agency site.

1 – The website url
2 – The keywords that the site ’should rank for’
3 – The year and month the site was effectively completed.

The firms currently that have already submitted creative to be evaluated on SEO are:

If you currently work for any of those firms and wanted a differing site than what was initially submitted, please re-submit the client site asap. We will choose the better ranking of the two to evaluate. If your company is not on the list, please submit your site creative asap to be included on the list. A ranking of 5 for example is better than not even being considered.

The evaluation will encompass a simple listing, in order from 1 to 10 with a short snippet on the strengths or weaknesses of what put it there.

The top 3 firms will get a small award that will be presentable in the office.